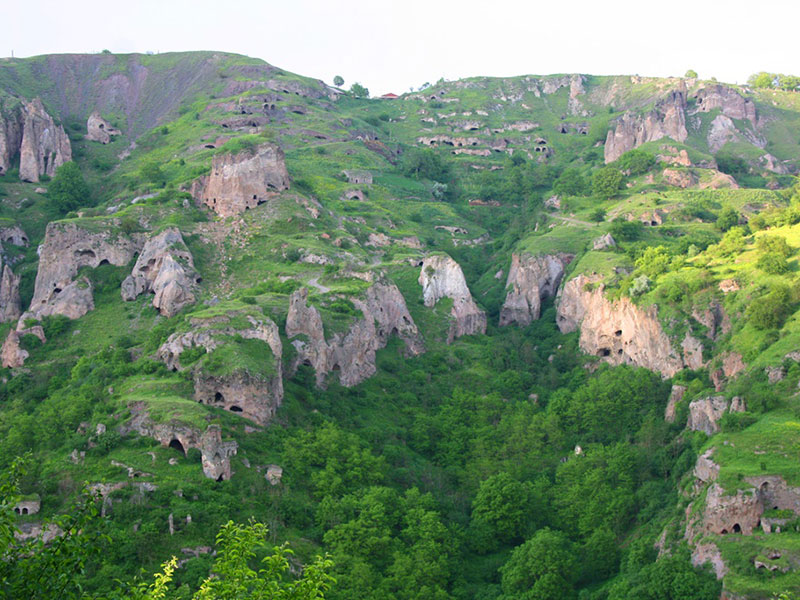 Cave city of Khndzoresk in Armenia

Khndzoresk is exactly the place about which one can safely say that the man subjugated nature to his will, leaving the best to himself. The Khndzoresk Canyon with its stone hills carries the imagination of man to those ancient ages when giants lived in Armenia.

Khndzoresk is known for its ancient cave buildings in which people lived almost until 1950’s. Since ancient times, people lived in these stone hills, building artificial homes and buildings for the storage of food products. The length of the cave city of Khndzoresk is three kilometers. In the cave city there were about 3,000 houses and the population was 15,000 people. Most of the houses are carved into the rock. On the territory of the cave city there were three churches and two schools, which indicate the presence of spiritual and actively cultural life.

In Khndzoresk there is the grave of Mkhitar Sparapet, the great General of Armenia. The name of the cave city of Khndzoresk means apple. This is due to the fact that a large number of apple trees grew on this territory.

Khndzoresk is known for many defensive battles. All the inhabitants took part in the battles. The caves are connected by secret passages that every local knew. During the attack, inhabitants moved to safer caves. Khndzoresk showed active participation in the liberation movement of David Bek.

A unique suspension bridge (length is 160 meters, height is 63 meters), located in Khndzoresk, appeared in 2012. The bridge connects not only the two sides of the gorge of ancient Khndzoresk, but also the past with the present.

"Bravo Armenia" travel company organizes both group and individual excursions to Khndzoresk. For more information, you can contact the managers of our company by phone (+ 374) 55 344 347. 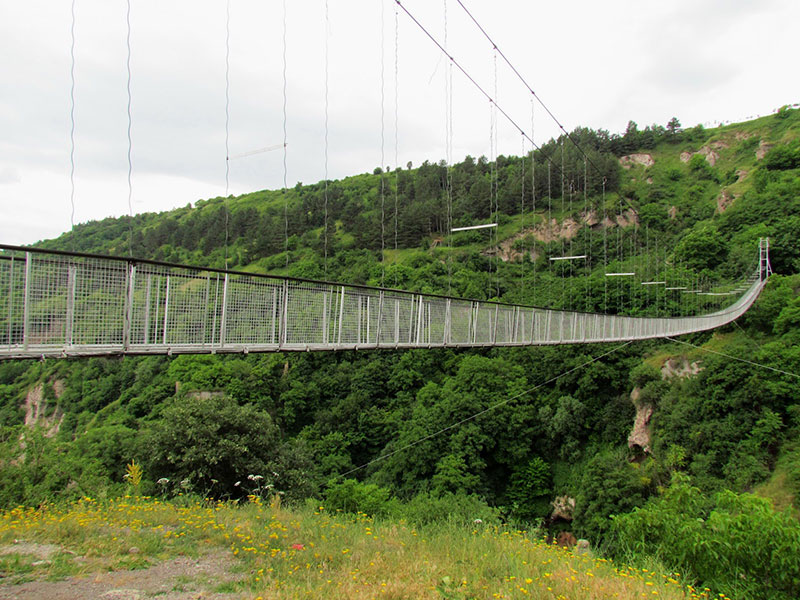 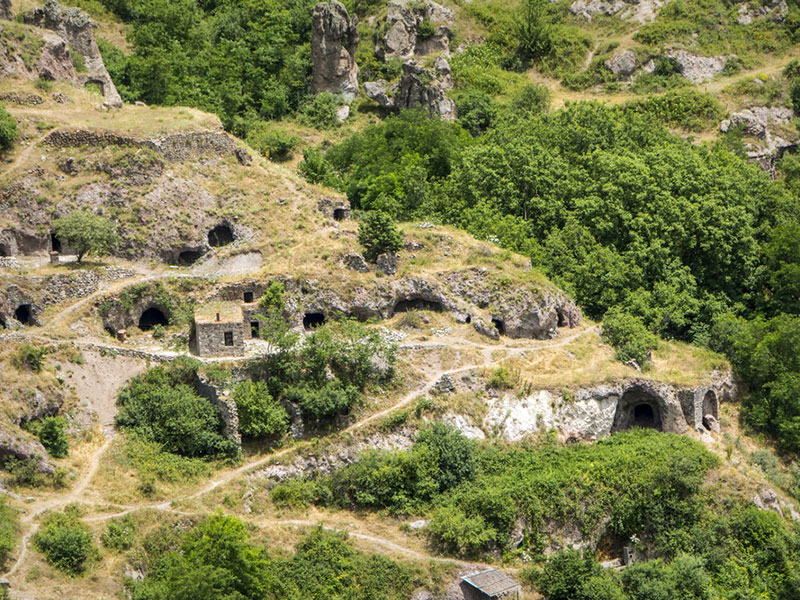