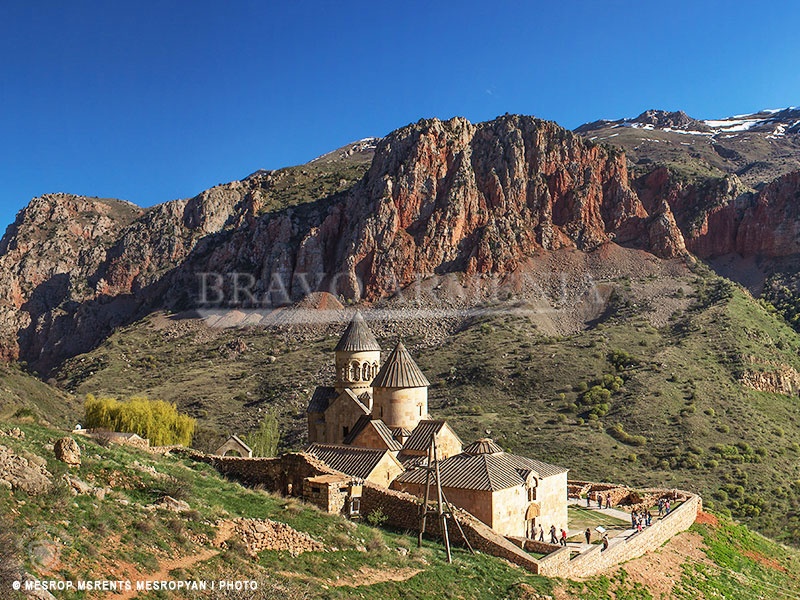 Standing on the ledge of a winding gorge, surrounded by red rocks, is located the medieval monastery of Noravank, which translated from Armenian means New Monastery.

It is founded on the ancient monastery. Noravank expanded during the reign of Orbelyan princes.

Due to the genius of the medieval architects and its unique location against the backdrop of a picturesque landscape. Noravank leaves a lasting impression.

In 1216, Armenia was liberated from the seljuk turks domination, and here the princely family of Orbelyans was founded in Syunik. Liparit Orbelyan in honor of the victory has built the church of St. Stepanos.

According to legend, in Noravank there is a piece of the Cross, sprinkled with the blood of Christ.

In 1216-23, Surb Karapet, the main church of the monastic complex was built.

In 1275, the church of St. Grigor was added, which was the family burial vault of the princely family of Orbelyans.

On the walls there are khachkars (cross-stones) and images of pigeons.

In 1239 a church was built, which is called Surb Astvatsatsin (Saint Mother of God).

The facades of all the church premises that make up the architectural complex of Noravank are decorated with beautiful bas-reliefs. The bas-reliefs of tympans above the entrance to the porch and the church of St. Astvatsatsin are the works of master Momik. In the center of the temple stands a beautiful dome, decorated with arched columns. The first floor of the church is a mausoleum. A chapel rises above the tomb. Two console stairs lead to the second tier of the church.

Restoration work was carried out by sculpture Momik, the Armenian architect.

A sad legend of love is associated with Noravank: Momik fell in love with the prince's daughter, the girl answered him in return. The prince called Momik to himself and said that if Momik built a beautiful monastery without any help, the prince would allow him to marry his daughter. Momik finished construction on time. The prince, learning of this, sends a servant who throws Momik from the dome of the monastery. The last stone processed by Momik becomes his tombstone.Thanks to the love of the master and the princess, the world can enjoy the majestic beauty  of Noravank monastery, one of the attractions of Armenia.
“Bravo Armenia” travel company organizes both group and individual excursions to Noravank. For more information, you can contact the managers of our company by phone (+ 374) 55 344 347. 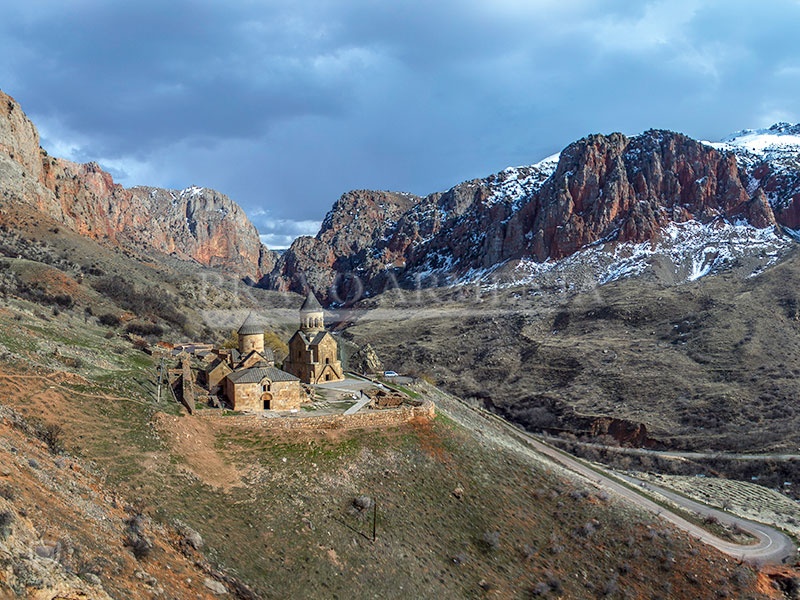 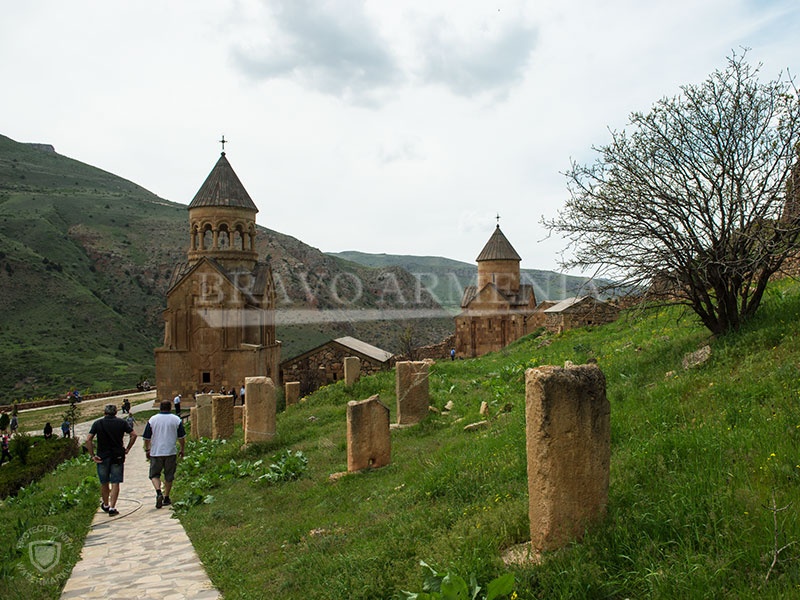 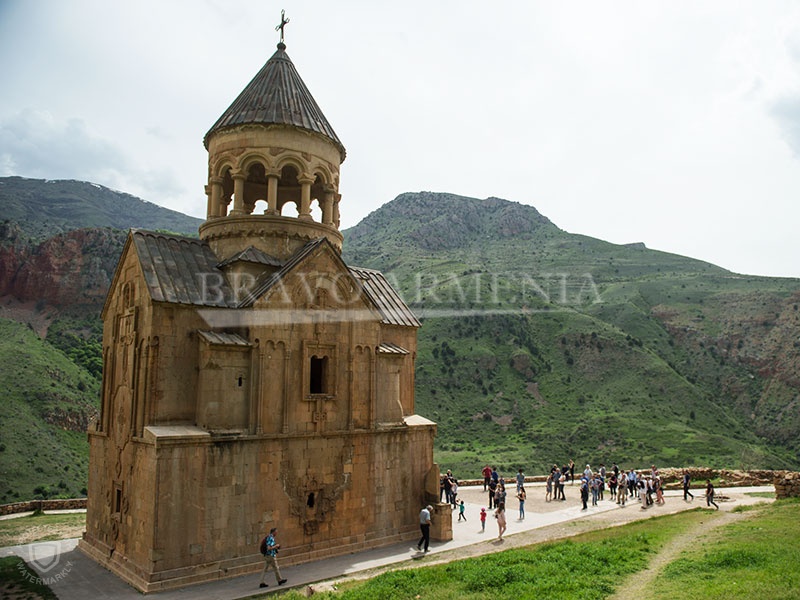 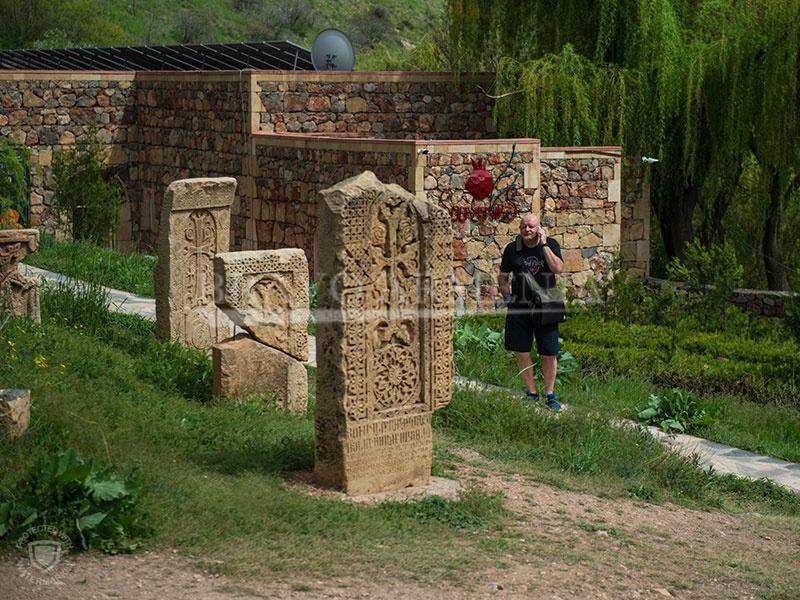 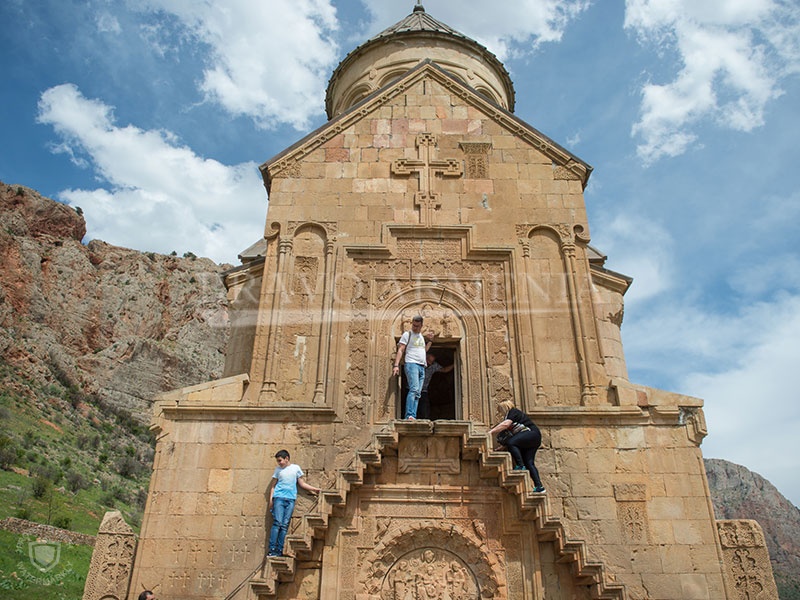