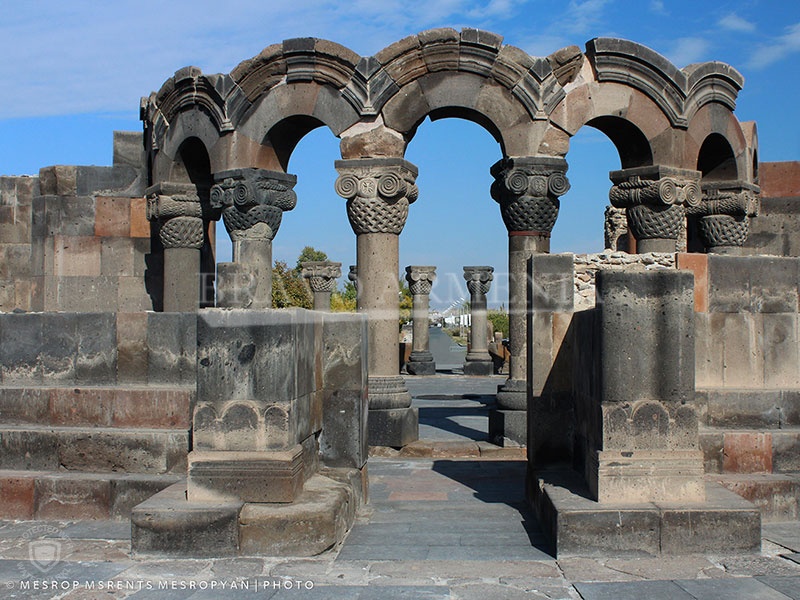 Temple of Zvartnots in Armenia

The temple of Zvartnots is the pearl of the Armenian architecture of the early middle ages of the VII century.

Zvartnots - the Temple of the “Vigilant Forces” or “Heavenly Angels” is dedicated to the cult of St. Gregory the Illuminator, the first Catholicos of Armenia.

The temple of Zvartnots was built on the place where the meeting of Gregory the Illuminator and the king of Armenia - Trdat III took place.

In the place where Zvartnots is located, once stood the legendary pagan temple of Yerazamuyn. King Artashes II built it in the II century BC and dedicated it to the winged god Tire.

The architecture of Zvartnots was unusual for the architecture of early medieval Armenia. The composition of the temple consisted of three cylinders, stacked on top of each other with gradually decreasing diameter and height of 49 meters. Completed composition with a conical dome. The temple of Zvartnots was destroyed by an earthquake in the X century.

Today Zvartnots is an archaeological reserve. In the museum, the opening of which took place in 1937, one can familiarize oneself with models of the reconstruction of the temple, sculptural fragments that impress with their size. Stone slabs on which are carved figures, sundials, bunches of grapes are well preserved.

The temple of Zvartnots is listed as a UNESCO World Heritage Site.

“Bravo Armenia” travel company organizes both group and individual excursions in Zvartnots. For more information, you can contact the managers of our company by phone (+ 374) 55 344 347. 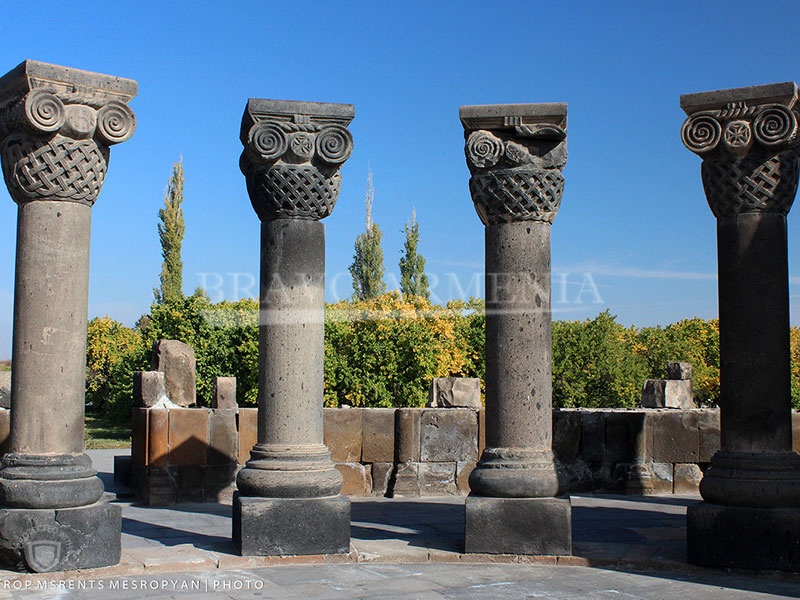 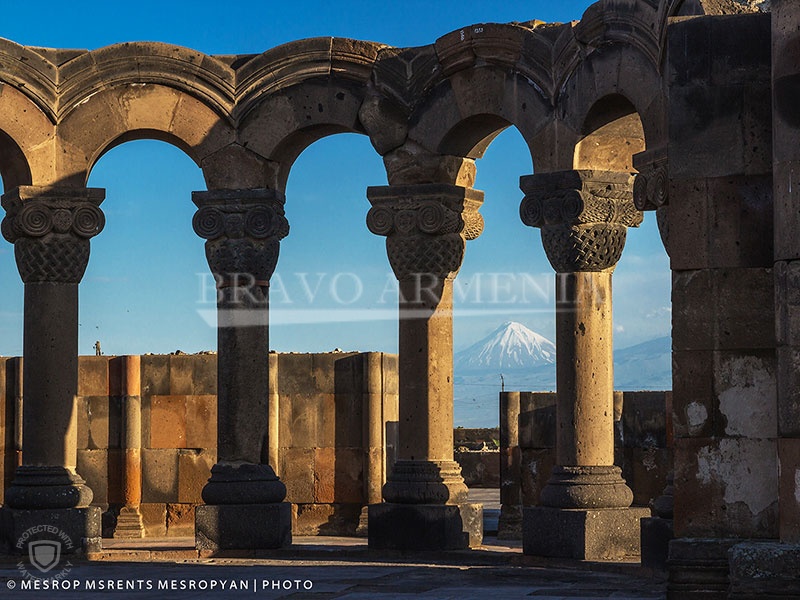 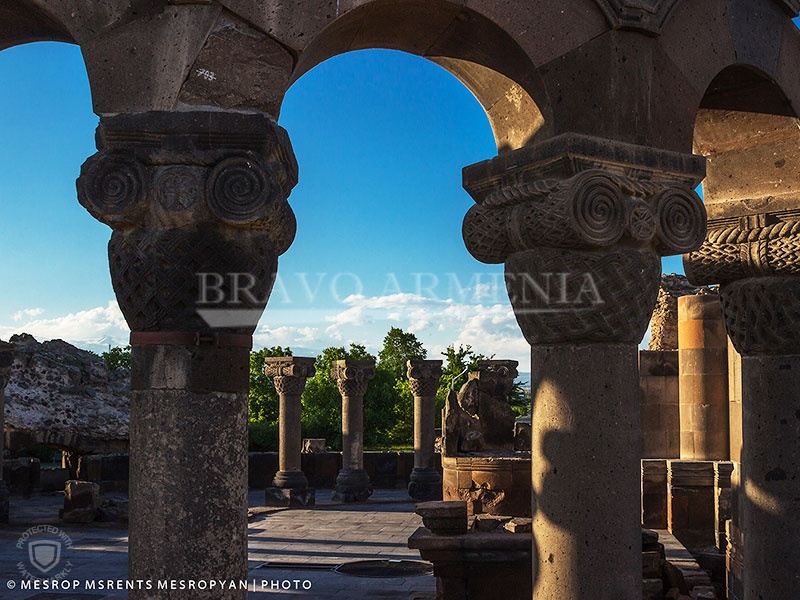 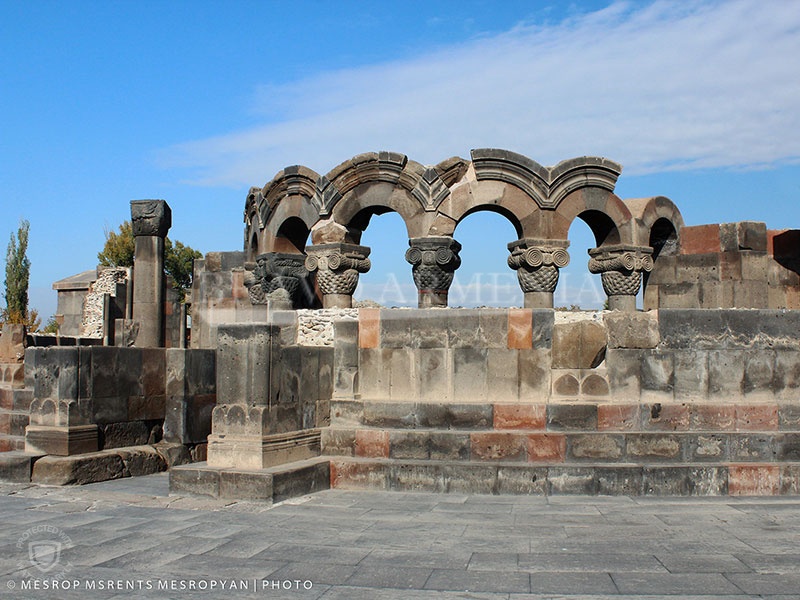 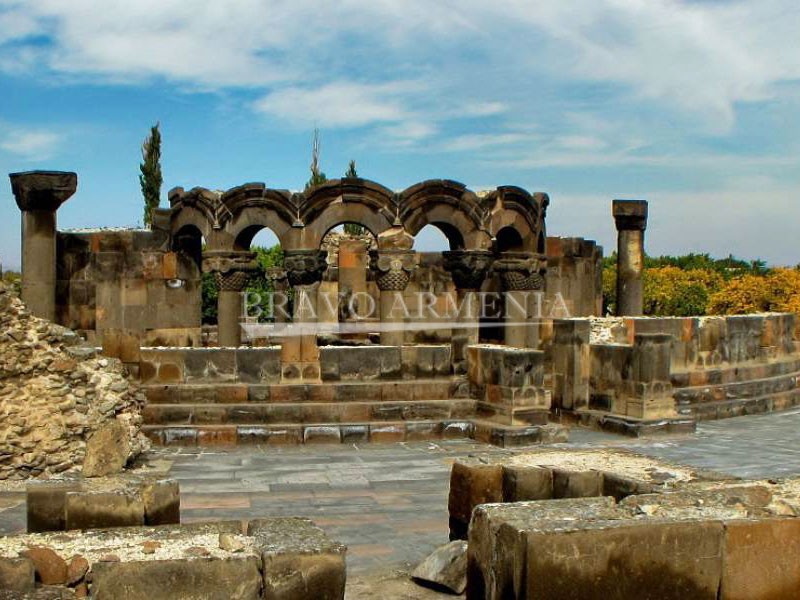