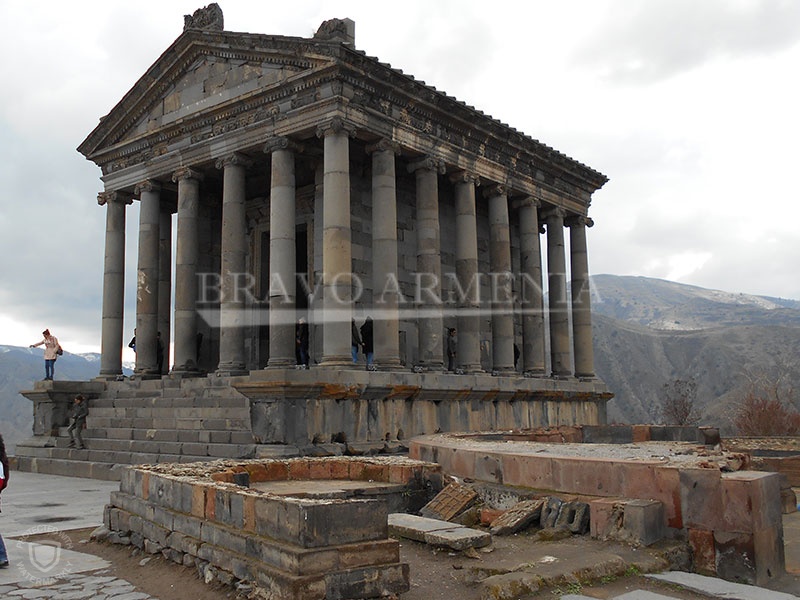 Pagan temple of Garni in Armenia

Garni fortress is one of the centers of the centuries-old culture of Armenia in the period of paganism.

Garni is an impregnable fortress, picturesquely situated on a rocky triangular cape high above Azat River. Rocks and bizarre cliffs, precipices and deep gorges, mountain ranges - all this and now extends from the immediate vicinity of the fortress to the horizon.

Naturally beautiful natural rocks are located in the Garni Gorge, which have the appearance of long vertical pillars of hexagonal shape, known as the “Symphony of Stones” or “Basalt organ”.

In the I-III century A.D. in the fortress of Garni there were palaces of the Armenian king Trdat I, ancient baths, and the main attraction of the fortress is the temple, which is dedicated to the cult of the sun god - Mithra. The temple was built in the era of paganism, in the second half of the 1st century AD. The adoption of Christianity led to the destruction of pagan temples, but the preachers of the new religion did not dare to attack Garni’s temple. The temple stood 17 centuries and collapsed from a strong earthquake, but thanks to the efforts of experienced restorers already in the 60s of the XX century the temple was restored.

The architecture of the Garni temple is a synthesis of Greco-Roman and Armenian art. Favorite elements of Armenian architects - pomegranate fruit and a bunch of grapes everywhere adorn the facades of the temple. Nine steep steps raise to the chapel of the temple. The temple of Garni built according to the canons of classical architecture of Greece, looks very similar to the famous temple of Athena in Greece.

“Bravo Armenia” travel company organizes both group and individual excursions in Garni. For more information, you can contact the managers of our company by phone (+ 374) 55 344 347. 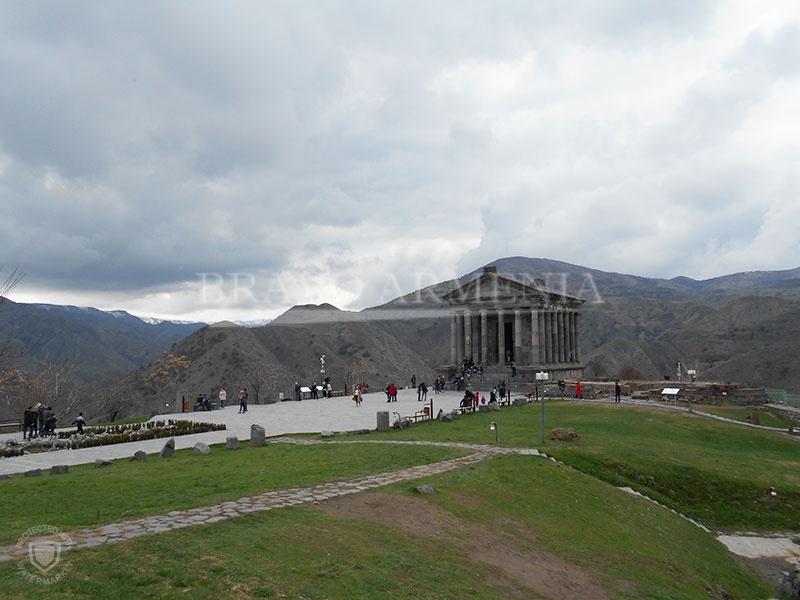 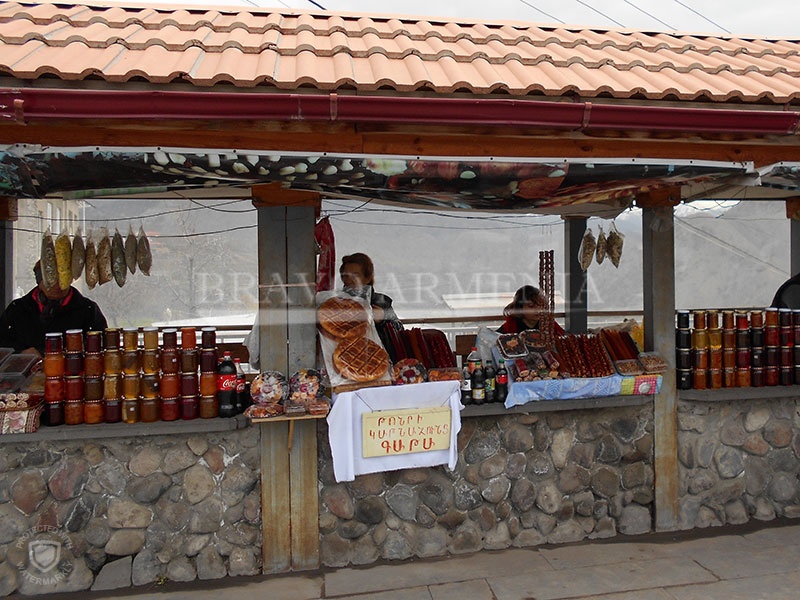 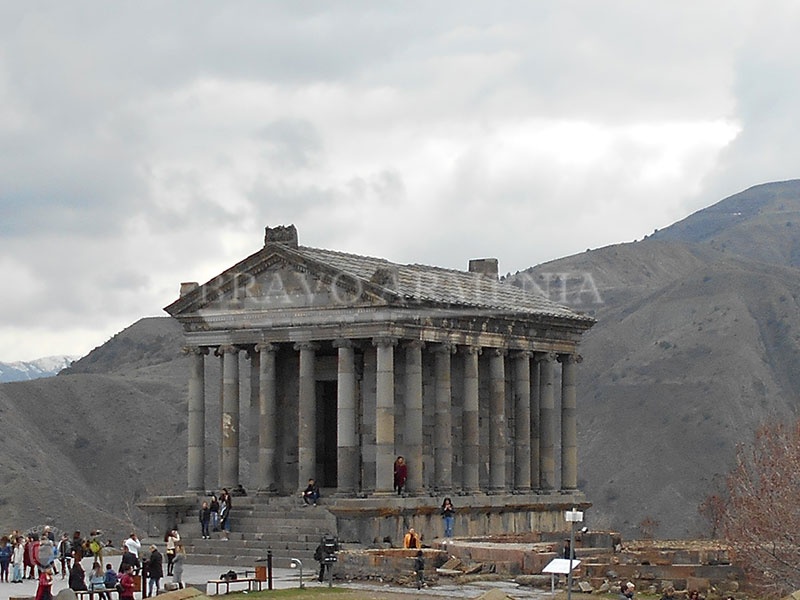 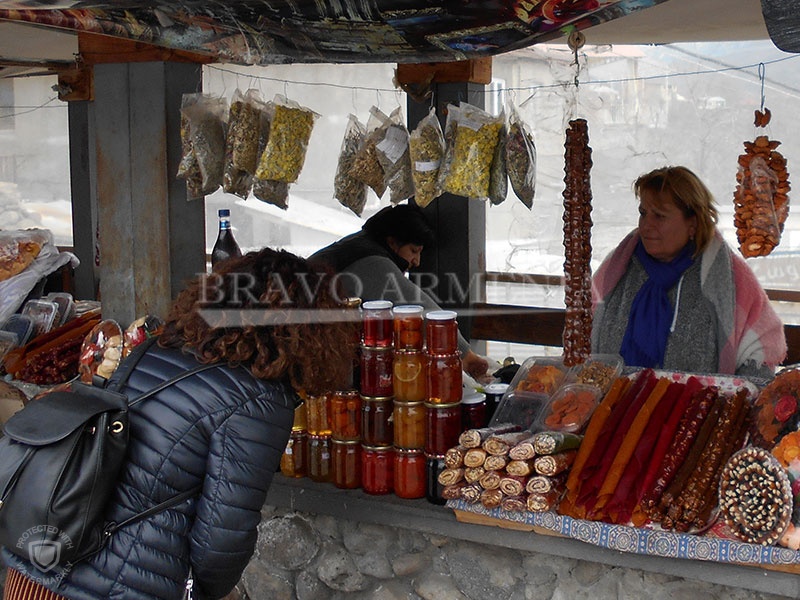 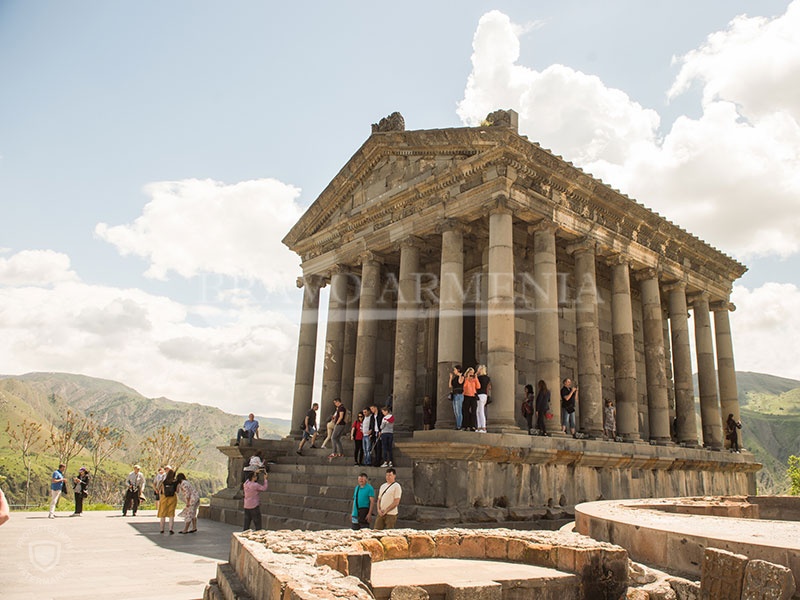 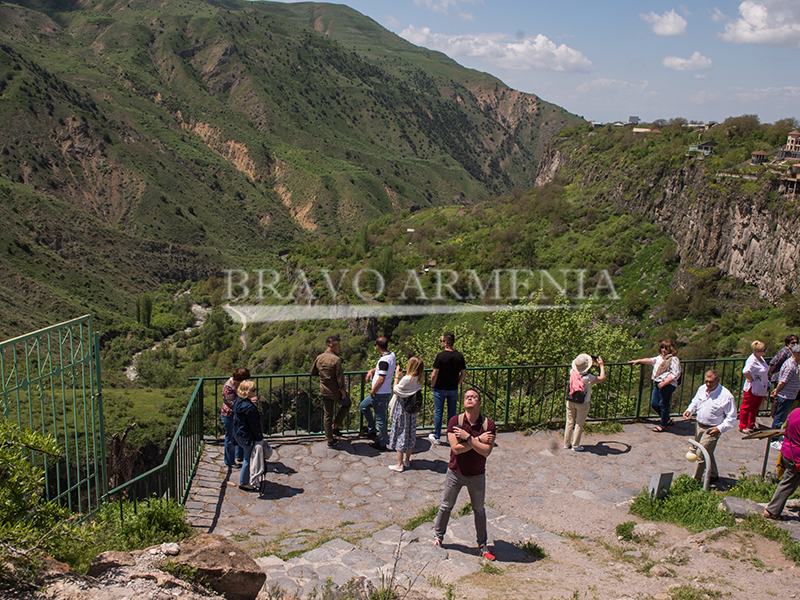 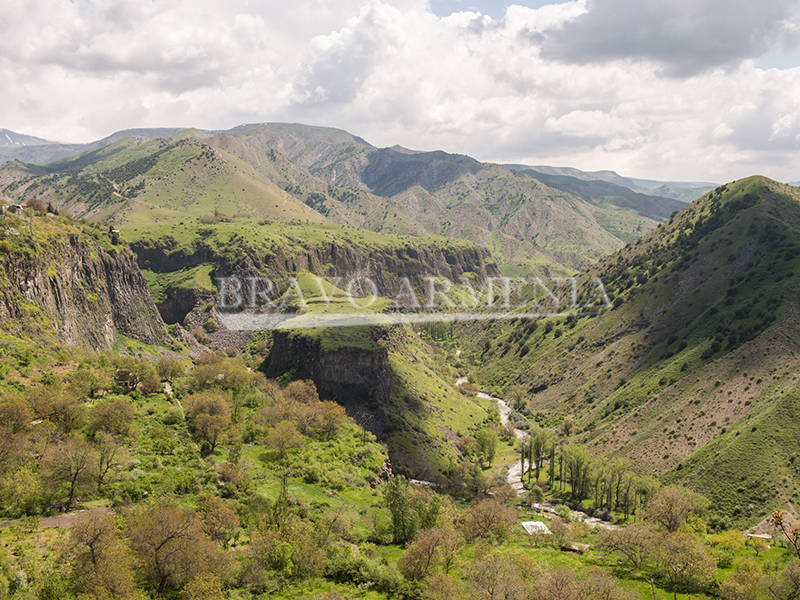